The international cartoon contest named in honour of Rudiy Panko 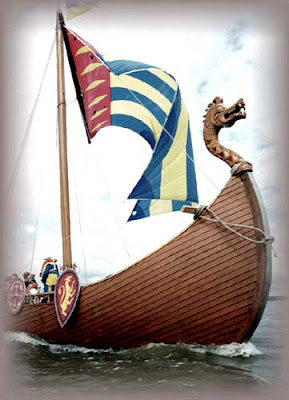 Each kind author will react : "What's this? A contest named in honour of a beekeeper? They threw an internatinoal contest for the sake of a beekeeper? Thank God! They haven't plucked enough geese and they haven't wasted enough rags for paper yet! A few people of different ranks made their fingers inky!"
We are not going to argue with such a kind author. We will only remark that...
- in 2009 it will be 200 years since the birthday of N.V.Gogol, who made Rudiy Panko famous,
- In addition, since the times of Rudiy Panko we do not have such a brilliant narrator, who can describe all human wonders and fears,
- even N.V.Gogol himself wouldn't turn down a proposal to paint some caricatures of modern people and those that suck up to those in charge, if you don't mind us saying so,
- we ask you not to confuse our beekeeper with another famous beekeeper (ours is from Dikanka, and that man is from another place).
So we have such an egg-flip (gogol-mogol), ladies and gentlemen! The theme of the contest is "Gogol-mogol (egg-flip) 2009"
N.V.Gogol himself will help you to know which stories, wonders and fears you should paint:
"The soil is great! And the harvest was always wonderful; but in the bewitched place there was never anything good. They sow the seeds correctly, but something incomprehensible grew: maybe a watermelon or maybe not, maybe a pumpkin or maybe not, may be a cucumber or maybe not...the devil only knows!
For the kind authors we will explain - you should paint our modern life, but don't forget N.V.Gogol - his characters stay alive even nowadays!
Terms of the cartoon contest named in honour of Rudiy Panko
1. Art works are welcomed till 1st August 2009 (included). We will place the works on the web-site in the section "cartoon" with a note "Contest work".
2. The vote of all registered users for the works on our web-site http://www.art-krug.com/ - till 1st September 2009 (included).
3. We will send 50 originals which score the most runs till 20th September 2009.
4. In October we will publish the contest booklets.
5. 7th November 2008 - The opening of the cartoon contest. The winners will be rewarded according to the results of the vote on the web-site http://www.art-krug.com//
The chairman of the jury: Juriy Kosobukin
The participant of many exhibitions and cartoon competitions in our country and abroad, he has more than 300 various awards of the international competitions, among which more than 80 are first awards and Grand prix. Juriy Kosobukin arranged personal exhibitions - in Germany, Italy, Poland, Cuba, Russia, France, Ukraine. He was awarded by the highest award of the International Awards Fund - the Nikolay Chudotvorets award "For increasing good on the Earth".
Judges: Victor Kudin.
Formation of the Jury is in progress. The complete list of the Jury membership will be declared till 1st October 2008.