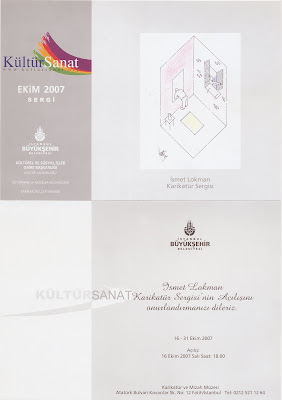 One of the modern masters of Turkish cartoon, Ismet Lokman will exhibit his recent work at Istanbul Cartoon and Humour Museum, Turkey. The opening ceremony will take place on Tuesday, Oct 16, 2007 at 18.00 local time and 40 originals by Lokman will be on exhibit. The cartoons all are selected by the artist from his work of 2006. The exhibition is on until Oct 31, 2007 at Istanbul Metropolitan Municipality Cartoon and Humour Museum, Ataturk Bulvari, Kovacilar Sk. No:12 Fatih / Istanbul / Turkey.
Phone: ++90 212 521 12 64 karikaturmuzesi@hotmail.com
Ismet Lokman was born in Bafra, Turkey, in 1938. He graduated from the Interior Architecture Department of the State Academy of Fine Arts, Istanbul. His cartoons and illustrations have appeared in many magazines and newspapers. Some of his international awards are: Simavi Cartoon Competition "Erol Simavi Special Prize" (1988), Honourable Mention (1989, 1990); International Nasreddin Hodja Cartoon Contest Grand Prize (1989), Honour Prize (1993); Knokke-Heist (Belgium) Honourable Mention (1991); Yomiuri Shimbun (Japan) Excellence Prize (1993) and Citation prizes.
Once again the Grand Jury member in the 27th International Nasreddin Hodja Cartoon Contest this summer, he is planning to exhibit his most recent work of 2007 in Anatolia.
See images: 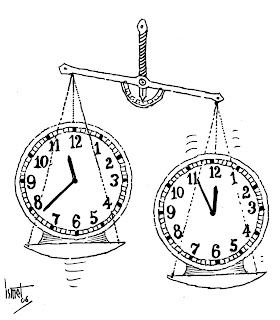 The invitation card for the exhibition (right above)
One of his 2006 cartoons (right in the middle)
A comic strip from his 2007 work (right below)
A postcard from Lokman's archive (left below). 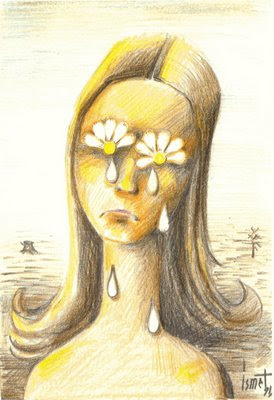 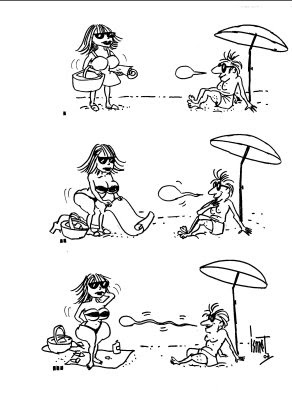