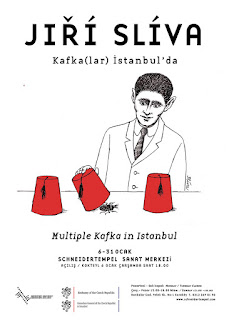 Multiple Kafka in Istanbul : Jirí Slíva, one of the Czech Republic's most prominent illustrators, famed across Europe for his witty cartoons, exhibits a series of lithographs and etchings at the Schneidertempel Arts Center, in Istanbul's Karakoy district.
Slíva's show is composed of two parts, a series of litographs and etchings that deals with a set of his favourite themes - cafes, jazz, love, wine and of course, Franz Kafka.
The exibition entitled Multiple Kafka, which runs until 31 January 2016 gives a glimpse into the artist's diverse portfolio alongside illustrations of eminent 20th century writer Franz Kafka´s novel, Metamorphosis (Die Verwandlung). 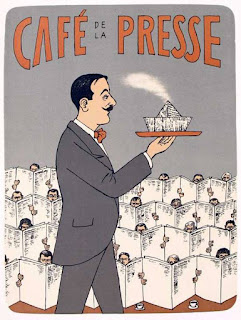 Jirí Slíva was born in Pilsen, the Czech Republic's fourth largest city. He moved to Prague in 1966, where he resides until today. Slíva studied economics and worked as a sociologist for eight years before a major career shift to the arts in 1970s. He has exhibited his work in international galleries, including solo shows in Berlin, Paris, Rome, Vienna, Tokyo and New York. Multiple Kafka in Istanbul marks the Czech artist's debut in Turkey. The exibition is the first in a series of events organised by the Embassy of the Czech Republic in Turkey.
Schneidertempel Sanat Merkezi; Bankalar Cad. Felek Sok. No:1 Karaköy
0 212 249 01 50
More on www.schneidertempel.com. 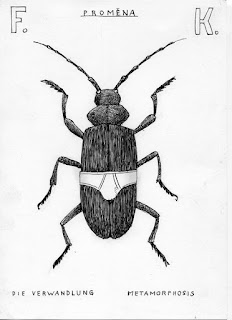