An exhibition of cartoons by Resad Sultanovic in Kladanj, Bosnia and Herzegovina 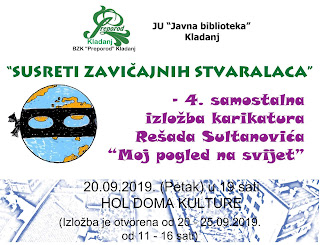 An exhibition of cartoons by Resad Sultanovic in Kladanj
The fourth solo exhibition of caricatures of Sultanovic's works, symbolically called "My view of the world", was opened in the gallery of the Cultural Center in Kladanj, as part of the Meeting of Native Creators, organized by BZK "Preporod" Kladanj and Public Institution "Public Library" Kladanj.
In front of a number of vizitors spoke the organizer Nevzeta Rustemovic, who opened the exhibition with the words: 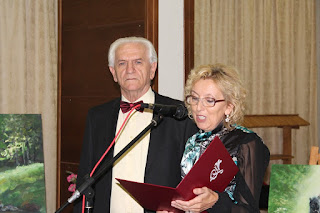 "Our fellow citizen Rešad Sultanović, although a world-renowned and renowned cartoonist, still captivates with his modesty and entertains us as well as caricature lovers across this beautiful planet..."
And Sultanovic: "For the second time, I am among my fellow citizens, with the presentation of the property for over 200 of my cartoons, which in a satirical way, depict our and the world's everyday life. On this occasion, I would like to thank the organizers, led by Director Nevzet Rustemović, as well as all the visitors who, by their presence, have magnified this exhibition of mine, marking 35 years of public work since my first published caricature in the donated media of the former state of Yugoslavia." 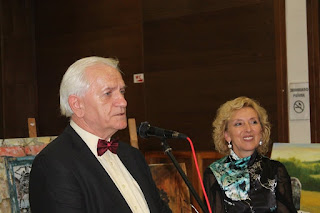 Resad Sultanovic was born in Kladanj in 1955 and currently lives and works in Sarajevo and Kladanj.
He is a regular member of the Association of Fine Artists of Applied Arts of BiH, the Croatian Society of Cartoonists and a member of the Association of "Cartoonists" Ilidža.
He is represented in the lexicons "Who's Who in Bosnia and Herzegovina" and "Two Centuries of Caricature in the Territories of Yugoslavia".
Sultanovic has the status of a distinguished artist and has so far won 88 international awards and recognitions. He has also participated in more than 1000 collective exhibitions around the world, making him a record holder in Bosnia and Herzegovina.
The exhibition will be open for the next seven days. 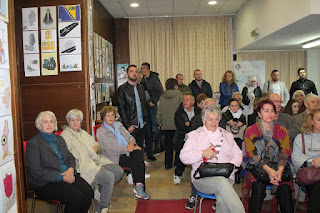 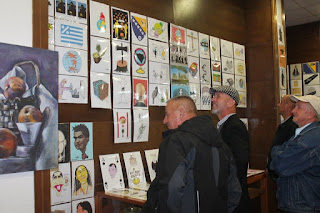 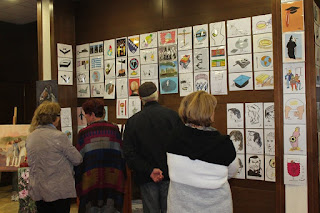