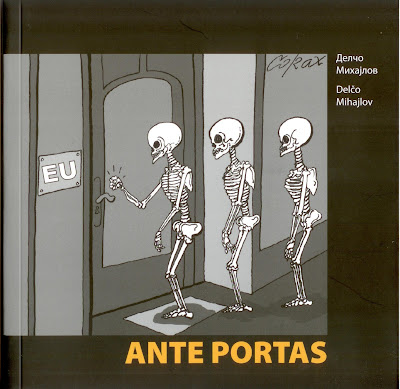 ANTE PORTAS is a cartoon-book published in Skopje in 2008. There are 92 cartoons (including the front cover caricature by Predrag Koraksic) in this book of 72 pages and size 22x22 cm. The project belongs to free-lance artist Delcho Mihajlov and the publishing of the book is subsidized by the Ministry of Culture of the Republic of Macedonia.
In his introductory essay "Balkan Ante Portas" says Mr Mihajlov:
"I had previously designed the project Ante Portas as "Before the Gates of EU and NATO," but I soon realized that the phenomenon of the gate was rather elliptical: whose gate, in fact, would we find ourselves before? Would EU and NATO become afraid of some great threat and exclaim: "The Balkans Ante Portas!" It is much too simple to believe that by opening a gate we can find ourselves inside EU and NATO. What if we try, and to our great dismay, find the gate closed? Then we remain locked inside our own walls. We all know the key is under the mat, but the mat is Ante Portas, outside."
The second essay in the book is longer and is titled "The Cartoon Ante Portas". Here writes the author, Zarko Kujundziski:
"The project Ante Portas consists of a series of cartoons on the theme "Before the gates of EU and NATO" created by authors from the independent Balkan states that belonged to the former Yugoslav federation, which now gravitate toward Europe and the world as independent subjects.
The gate is taken as a metaphor which unites two wide categories of meaning: border/obstacle and crossing/waiting. The first divides us into Us and Them, whereas the second leaves open the possibility of Us becoming Them. It is important that the metaphorical divide is not a simple door, but a gate. One can break the door with the head, but the gate can leave one with a broken head." 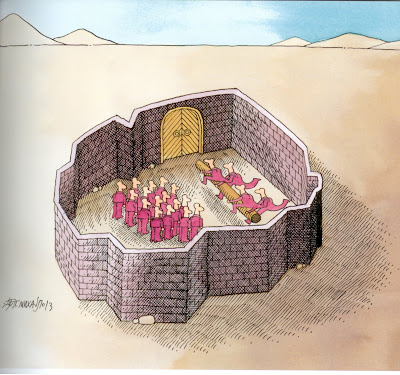 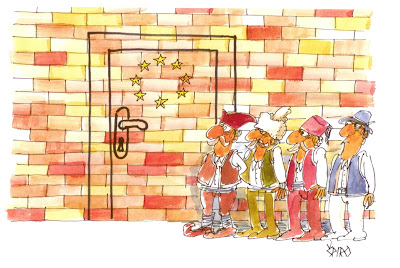 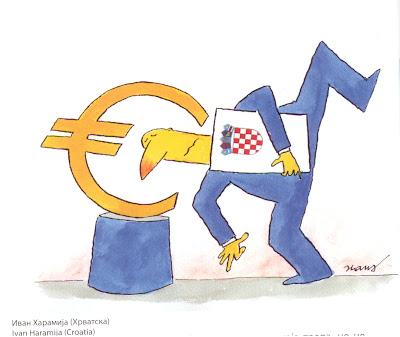 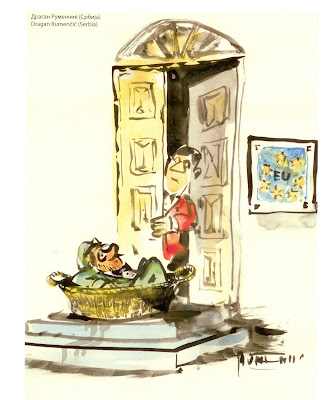 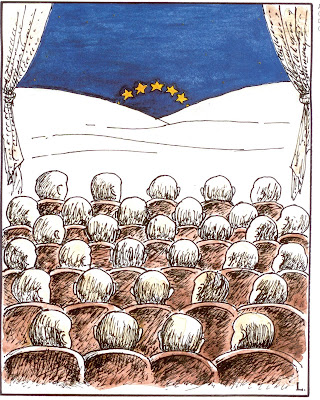 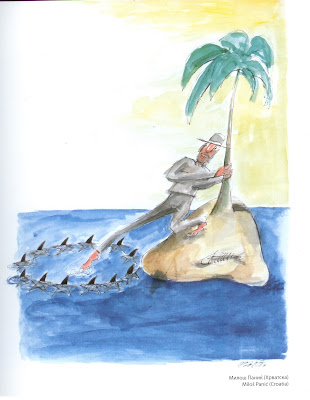 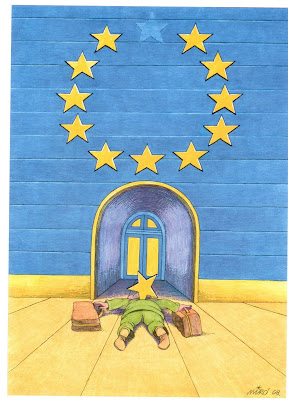