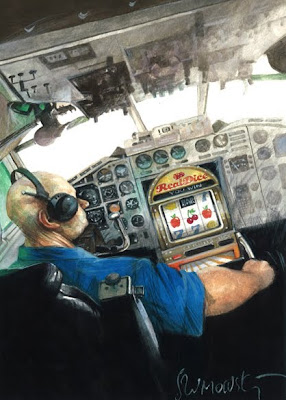 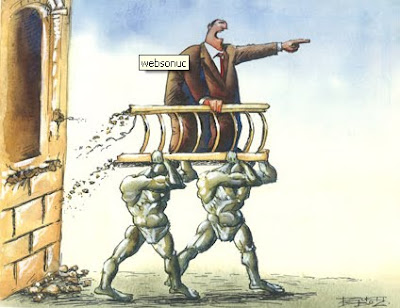 Grand Prize winning cartoon by Turcios in 32nd International Nasreddin Hodja Cartoon Contest 2012 has been cancelled since the cartoon had already been awarded in 4th International Fadjr Cartoon & Caricature Contest 2012, Iran. The case being in violation of the Conditions of Participation Article 2 was identified by Ismail Kar (See his page on facebook) and DonQuichotte. The new Grand Prize winner is Szumowski (Top) from Poland and his previous Honor Prize goes to Sergey Riabokon (Second down) from Ukraine. The new winner of Riabokon's previous Special Prize of the Ministry of Culture and Tourism is yet unknown.
Details on karikaturculerdernegi.com & karikaturculerdernegi.com .