Results the 24th International Exhibition of satire and humor "City of Trento" 2016, Italy 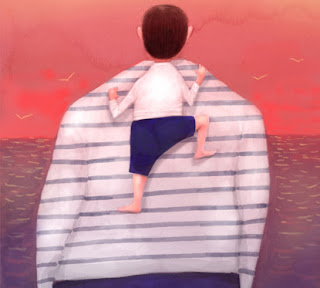 24th International Exhibition of satire and humor
"City of Trento"
"Future"
* * *
In the year 2016, this day of 28 May, at the the Art Studio Andromeda Trento, sites in via Malpaga
Marilena Nardi, cartoonist;
Assunta Toti Buratti, cartoonist;
Alessandro Franceschini, journalist;
Andrea Oberosler, animator / illustrator;
Umberto Rigotti, caricaturist.
The senior member of the Committee, Assunta Toti Buratti, opened the meeting which proposes the
appointment of a president and a secretary of the jury. Unanimously shall be elected as president
Marilena Nardi and as secretary Toti Buratti.
The next step is the analysis of the works:
1243 works (37 comics)
The jury will then proceed to the analysis of the "comics section works".
An extensive discussion involved all the jurors on each work.
The jury selected 4 works
The first prize to "Light Walk" by Riccardo Fortuna.
The Fortuna work is characterized by the immediacy of formal composition and for the expressive
clarity of the narrative message that recall classic examples of the history of comics.
In a simple and straightforward story, the author uses different formal registers ranging from the
detail in the foreground wide view, without giving up a balanced use of color and graphic sign, to
tell a small but significant story that concerns us all . The final reveals the strength to overturn
beliefs, convictions and prejudices.
The following works are reported:
"Guide to the wedding in 2050" by Marco Dianti (Italy),
"Past, Present and Future" by Leonardo Altieri (Italy)
"The written future" by Paolo De Capite (Italy).

* * *
The jury proceed with the works that have participated in the "Humour and Satire" section reaching
a conclusive nr. 10 works that the jury deemed worthy of prizes provided.
After extensive discussion it is decided, unanimously, to award the following prizes:
Section "Satire and Humor"
First Prize:
Andrei Popov (Russia) (Top)
The author deals with the theme of the competition with optimism, working on the importance of
generational transition, seen as an essential tool to imagine the future. Inside the design of a
landscape with irregular contours, that does not betray or signs of tragedy or signs of happiness,
the two protagonists stand out figures of the artistic message. A father and son merge their shapes
into a single image of great synthesis and formal elegance. The work thus appears to be an
invitation to the responsibilities of parenthood and the pact between generations in order to
address the challenge of the future with serenity. A responsibility that concerns everyone.
Second Prize:
Musa Gumus (Turkey)
The future is an open door from which there is no return. But - suggests the author, who has a
visual immediacy of great design and with a significant charge humorous - is also a bet that
humanity can lose. Only irony can become a tool that can read the meaning of the earthly man's
passage. That, if evolves, it is thanks to the ability to laugh at himself.
Third Prize:
Angel Boligàn Corbo (Cuba)
The author proposes an image from scratchy sign with a strong visual impact: in an apocalyptic
scenario, the future is imagined by the author as the result of the passage of swarms of ravenous
and crazed consumers who, like locusts, devouring everything They are leaving behind them desolation and dryness. More than a prophecy, a warning: it is through the lifestyle of each that the future can be built, in full respect of the environment and man.
Authors reported:
Marabu (Hungary), Reza Rahimi (Iran), Costantin Sunnerberg (Belgium), Fabio Magnasciutti
(Italy), Junior Lopes (Brazil), Mojtaba Heidarpanah (Iran) and Mohammad Saman (Iran).
Marilena Nardi, The president of the jury
Toti Buratti, Secretary.
The exhibition will be set in the rooms of Torre Mirana in Trento, from 22 October to 6 November 2016.
More on website: http://studioandromeda.net/.