1st INTERNATIONAL “OLIVE” CARTOON CONTEST - CYPRUS
THE FINAL AND DEFINITE RESULT OF THE CONTESTThe 1st International “Olive” Cartoon Contest Committee, after consideration of the objection of the participants M. A. from Turkey and A.F. from Russia concluded that the cartoons of the cartoonists Dechko Nikolov(Bulgaria) who won the second prize and the cartoon of the cartoonist Kürşat Zaman (Turkey) who won special award were drawn in the past. Similar cartoons of the above mentioned cartoonists can also be found in the following files and web pages:
http://www.cartoonstock.com/newscartoons/cartoonists/thl/lowres/thln
http://www.cartoonstock.com/lowres/mgu00901.jpg
http://www.burdurmuzesi.gov.tr/
Due to this situation and result the awards of the above mentioned cartoonists had been cancelled. The cartoonists cartoons which had the highest scores, in the evaluation minutes of the Committee after the above mentioned cartoonists, are decided to get the awards, instead.
The final and definite result of the contest is as follows:
First Prize: Anton Buzetti (Slovenia)
Second Prize: Vladimir Stankovski (Serbia)
Third Prize: Atilla Ozer (Turkey)
SPECIAL PRIZES
"International Journal of Comic Art" Special Prize:
Valentin Georgiev(Bulgaria) 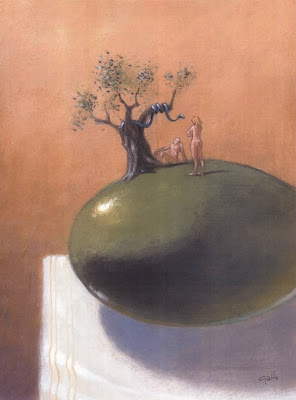 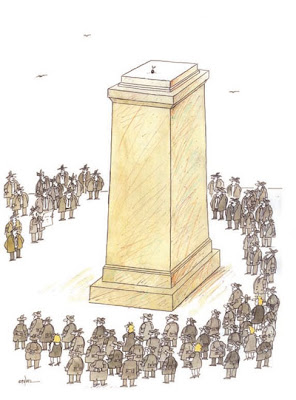