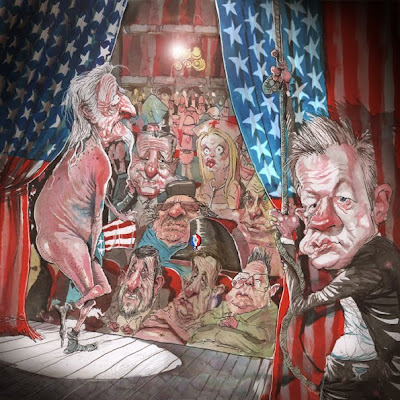 Satirizing one of the main issues of 2010, with the cartoon «Wikileaks and Uncle Sam» (See above), the Australian artist David Rowe was awarded with the Grand Prix of the 7th edition of the World Press Cartoon. The big winner cartoon was published last December in the Australian newspaper «The Sun-Herald». The work of Rowe the first place in the category of Cartoon Editorial and was considered the big winner of this edition. In the same category, the Polish Pawel Kuczynski was placed second with «Made in China» and Alecus, a Mexican cartoonist living in El Salvador, was awarded with the 3rd prize with «Chilean Miners».
In the category of Caricature the first prize goes to a portrait of D. João I, king of Portugal, by the Portuguese João Vaz de Carvalho. The 2nd and the 3rd prizes of this category were awarded to the Mexican Boligán, with a caricature of Julian Assange, published in «El Universal», and the Portuguese Santiagu, with «Madre Teresa of Calcutá», published by «Reporter of the Marão».
In Gag Cartoon category the big winner was the Brazilian Samuca, whose cartoon «Pedophilia» was published in the «Diario of Pernambuco». The 2nd prize was attributed by the jury to a drawing published in the Italian newspaper "Chiamami Cittá", by the artist of Albanian origin Agim Sulaj and has the title «Schengen». The 3rd prize goes to the Spanish cartoonist Tomás Serrano, with «Hard Childhood», published in "«La Gaceta Regional de Salamanca».
See all winning cartoons at
http://www.worldpresscartoon.com/index.html