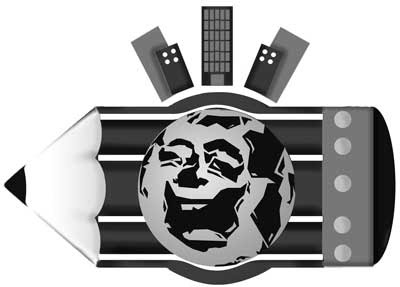 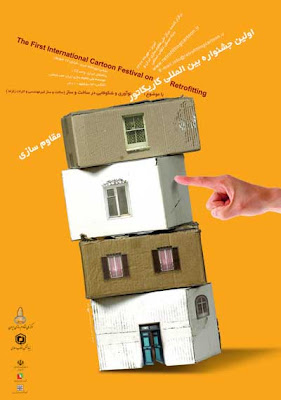 General Information
1) Theme: Innovation in Construction Industry / building retrofitting against earthquake.
Goals: Preventing non engineering structures focusing on village houses / using modern technology in building.
2) Participants take part in the competition with an original cartoon. Cartoons must be signed by the cartoonist in case that they are submitted as computer print outs. Photographs, photocopies, etc., will not be accepted.
3) Size of cartoons should not exceed 29.7 x 42 cm (A3 paper size.) and there is no limit for sending cartoons.
4) The Organization will not be responsible for damage that may occur during postage and handling.
5) Competition is open to professional and amateur cartoonists from all over the world.
6) Participants are expected to send the filled in participation form, a short curriculum vitae with photograph together with their cartoons. Otherwise applications will not be considered.
7) The Jury composed of foreign members will meet in (?) September 2008.
8) Award-winning cartoons will not be returned to the artists.
9) By filling in the entrance form attached, the participant declares and accepts in advance that (s)he has turned over the financial rights (s)he holds over the cartoon or cartoons vis-à-vis the public to the Iran Retrofitting National Center (INRC) without limitations on location, time period and number including assignment to third parties under Articles 21-25 of the Law on Intellectual Property Rights for publication. (S)he agrees that the Iran Retrofitting National Organization may use such cartoons, exhibit them, keep them in its archives and publish them on the Internet or through other media.
10) Retrofitting 1st International Cartoon Contest will be celebrated with an award ceremony in October 2008 in Tabriz.
11) Deadline for entries is Wednesday October 1st, 2008.
12)The Prizes:
First Prize: $1000
Second Prize: $500
Third Prize: $250
Awards of Success: A minimum of 5 and maximum of 12 success awards will be granted.
Address to send cartoons via email: info@retrofittingcartoon.ir
Address to send cartoon via post: C2, Iran Building, 17 Shahrivar, Tabriz, IRAN
Entry-form at source: http://www.tabrizcartoons.com/en/detail.asp?ID=850