XXI PortoCartoon 2019 with the main theme: Languages and the World 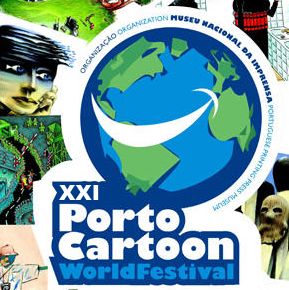 PORTOCARTOON 2019
MAIN THEME: LANGUAGES AND THE WORLD
CALL FOR PARTICIPATION
Dear Cartoonist, dear Friend,
Every year languages ​​disappear.
In the last ten years, about 100 have disappeared. Therefore, the UN declares 2019 as the year of the indigenous languages.
This invitation range is wider: to put the finger in the languages-world relationship. Which world and which languages? What worlds do we speak about and which languages? What languages ​​do we connect to? What are their supremacy between them? Who dominates who by the language? The language as an instrument of subjugation?
Dead languages ​​and living languages. Towers of Babel? What languages ​​does the world need? What values ​​do they pass on? What values ​​are lost and gain by them?
Language as a right and as a heritage? The language as a disagreement or as a meeting point? Does the 'language of humor' cross all languages? Are there many worlds in the languages of humor?
In the intelligence and in your art is surely the answer.
We would like to receive your most appreciated participation until: 31 January 2019
To participate is to speak the language of everybody.
Greetings, with universal humor,
Luiz Humberto Marcos
Director