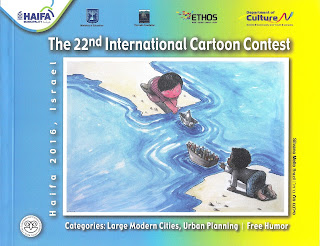 Today received the new catalog of the 22nd International Cartoon Contest Haifa 2016, Israel. 16.5 x 21 cm in size, it is composed of 96 color pages + the covers.The  prize-winning cartoons in both the main theme and free humor sections are used on the cover pages.
490 artists from 68 countries took part in this edition of the event and the works are evaluated by the members of the Judging Committee (namely, Pini Shachar, Arik Polonsky, Uri Sharon, Horia Crisan, Octavian Andronic, Bernard Bouton, Kemal Ozyurt, Raul Alfonso Grisales, Ferreol Murillo Fuentes, Jacek Frackiewicz, Uri Freundlich, Ronit Eshet, and Gennady Kostovetsky) representing seven countries (Israel, Romania, France, Turkey, Colombia, Costa Rica, and Poland).
Besides the prize-winners, a lot of participants are represented in this book of humor with one or more works (some with three cartoons). And from Turkey, along with the Award of Appreciation winner Erdogan Basol, the cartoons of the following artists are included in the catalog: Kemal Ozyurt (Jury member), Murteza Albayrak, Musa Gumus, and Menekse Cam. 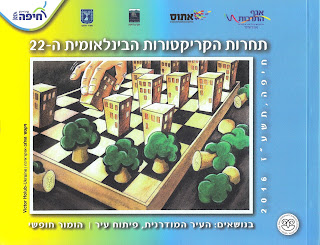 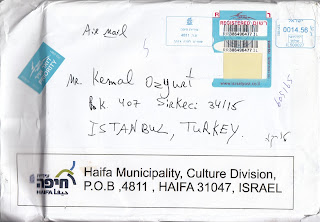