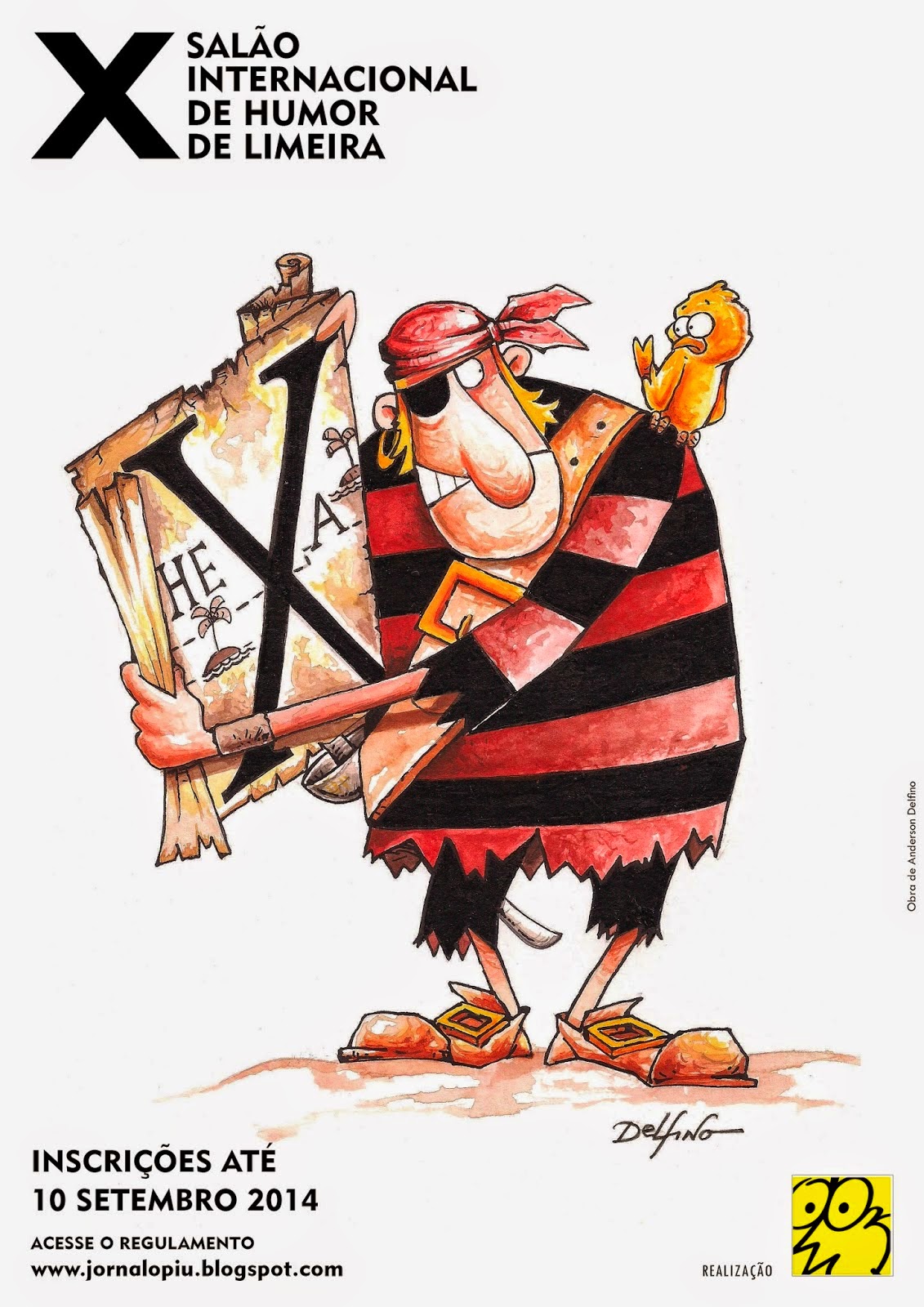 X INTERNATIONAL HUMOR HALL OF LIMEIRA
LIMEIRA-SP/ BRASIL
Deadline SEPTEMBER 10 of 2014
REGULATION
The X Hall of Humor in Limeira, designed and promoted by O PIU, open registrations for all artists around the world, which draw a free hand, with entries until SEPTEMBER 10 of 2014.
REGISTRATION
Entries are free. Participants can sign up with how many original works they like, of its proper authorship, UNKNOWN AND ORIGINALS, in the minimum size of A4 paper (21 x 29.7 cm) and up to A3 (42 X 29.7 cm). The back of each work must be identify with the category and full name.
By mail:
X INTERNATIONAL HUMOR HALL OF LIMEIRA
Caixa Postal 202
Rua Tiradentes 501
Limeira – SP 13480 970 – Brasil
By email to categories Interart and Digital:
To categories Digital and Interart must be send with 300dpi to piuhumor@hotmail.com until 10 (ten) of September 2014, and selected works will be printed to the exposition. The selection and award of works will be made by a selection committee given by the O PIU.
Suggested themes:
2014 FIFA WORLD CUP
-Brazilian participation at home
-Foreign in Brazil
-Press on WORLD CUP
SUSTAINABILITY
CRITICAL MASS OF THE PLANET
WHAT DO YOU THINK ABOUT POLITICS IN BRASIL
The 7 categories that follow will compete for awards:
CARTOON, CARICATURE CHARGE, COMICS, DIGITAL, INTERART (Digital manipulation), and PIU.
Will be selected by our selection committee one artist to win the prize money of R$ 1000,00, and one artist of each category will receive a certificate.
The awardees will be displayed of 22 of September until 03 of October of 2014, on the City Hall of Limeira, beyond the permanent exposition on the blog of O PIU.
All submissions are considered acquisitions of paper O PIU. The possession, use and other rights in such work will belong to the paper O PIU, which reserves the right to use them at its will.
The simple inscription of the participant fully and automatic means the agreement with this Regulation.
Source: jornalopiu.