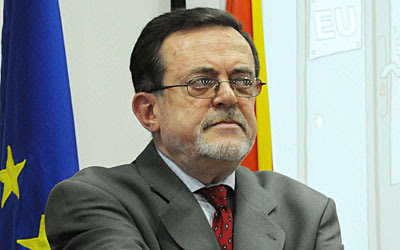 Deceased doyen of cartoons Delcho Mihajlov (1947-2010)
Doyen of the Macedonian caricature, the animated film, illustrations and a promoter of Macedonian culture in the world, Delcho Mihajlov, after severe illness died yesterday in Skopje, in the 63rd year of life. He was for many years a constant contributor to Dnevnik.
Mihajlov was born on 27 November 1947 in Skopje, where he graduated from the Faculty of Architecture in 1974. The first cartoon as one of the most specific artistic genres, published at the age of 14, and from 1963 began to regularly publish cartoons in the country and abroad. Since 1970 regularly participated in many competitions, exhibitions and festivals worldwide and won many awards. Participated in more than 220 group exhibitions and had a dozen solo. He has exhibited in Paris, Montreal, Tokyo, Rome, Rio de Janeiro, Frankfurt, Tehran, Ottawa, Seoul, etc. Mihajlov is the author of several books and cartoons. In 1977 he created his first animated film as a complete artist, and we have six animated cartoons produced for "Vardar Film", which are shown officially in many competitions as well as on many TV stations in the world.
From 1995 to 2000 he was director of the International Cinematographers Film Festival "Manaki Brothers" in Bitola. He won the top award of "October 11" of the Republic of Macedonia for 30 years work in the field of cartoons(1994) and the award of "November 13" of the City of Skopje (1982) and last year of Centar Phoenix. An exhibition of cartoons entitled "Balkan Ante Portas", which in November last year opened in Brussels was one of his last initiatives of over 100 cartoons from 40 authors to show the thinking of artists on joining the EU and NATO (See http://caricaturque.blogspot.com/2010/03/ante-portas-cartoon-project-book-from.html).
(17.07.2010) (Translation by Google)
Sources:
http://www.dnevnik.com.mk/?ItemID=BD841E1018E50C41BD377533E6D84976
"Something Different - 40 years of creativity" (2003) by Delcho Mihajlov. 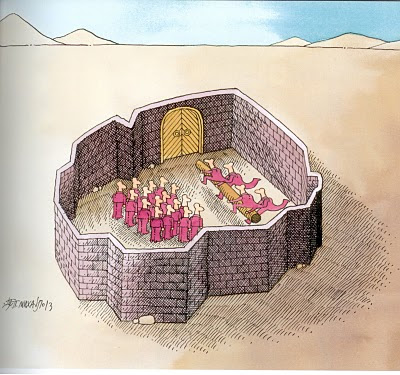 Let him glory! (Jordan Pop Iliev).
Delcho Mihajlov was one of the great friends of Turkish cartoonists. He was in Istanbul twice as the member of the Grand Jury for the International Nasreddin Hodja Cartoon Contest in 2002 & 2009. We shall miss his friendship a lot. (Kemal Ozyurt).