IN MEMORIAM
Vlado Jocic (1939-2010)
The famous Macedonian cartoonist Vlado Jocic died on May 14, 2010 in Skopje. Jocic was born in 1939 in Pozarevac. His first cartoon was published in 1958. In 1966 together with Slavko Janevski, Tzvetan Stanoevski, Bosko Markovic, and Darko Smakjovski, he was one of the founders of humor magazine "Osten" and the World galleries of cartoon and drawing in Skopje. Vlado Jocic cartoons have been published around the world: Canada, USSR, Poland, Turkey, Greece, Italy, Switzerland, Germany, Hungary, Romania, Bulgaria, Czech Republic, Slovakia, Belgium, Netherlands, Mongolia, Argentina, Australia and all ex-Yu-republics. He won 22 international awards for caricature in the country and abroad, as well as reports from the Association of Journalists of Macedonia. He published a book with sketches & illustrations. He was Director of the World Gallery in Skopje and the cartoon editor-in-chief of "Osten", a great organizer and teacher of young cartoonists and a great friend.
This report by Jordan Pop-Iliev (Republic of Macedonia). 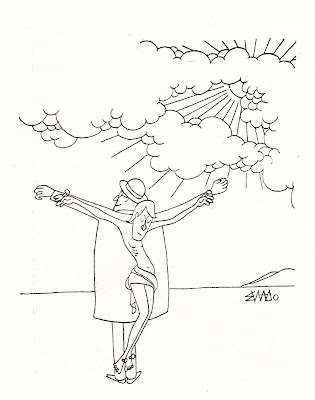 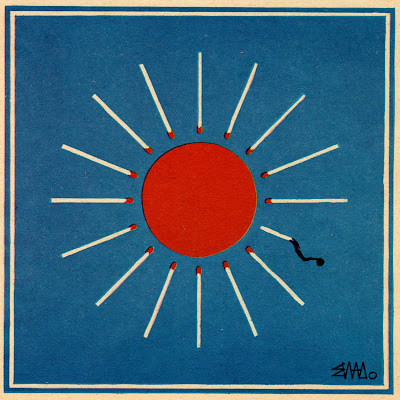