Catalog of the International Cartoon Festival in Saitama 2019, Japan 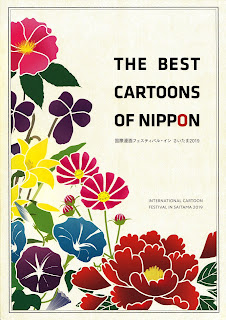 Received yesterday the superb catalog of the International Cartoon Festival in Saitama 2019, Japan. They are celebrating the 29th year of the festival in 2019. Having been invited to the festival the second time this year, I did participate in the event with two cartoons of mine, one on the theme Hana which means "Flower" and the second one of free theme. Works by 47 Japanese and 51 foreign artists are included in the catalog of the exhibition that took place at Plaza North in November 2019.
Saitama City is the place where Rakuten Kitazawa - the father of modern cartoon in Japan - spent his later years. The Saitama Municipal Cartoon Art Musem in the home to Kitazawa in his later years hold the Saitama-City Rakuten-Kitazawa Manga Awards competition each year. In 2019 they held the 34th edition and the winning cartoons are included in this collection book of "The Best Cartoons of Nippon" which are also displayed on the museum website here.
The standard A4-sized (21x29.7 cm) catalog of "The Best Cartoons of Nippon 2019" has over 110 pages, about 80 of them covering the color and the black&white cartoons participated in the festival and selected for the catalog. The remaining pages are the lists of the Japanese and the Foreign artists with their personal histories in both English and Japanese. This perfectly designed book of art is a best chance to compare the style and wit of the native and overseas manga/cartoon artists and enjoy the great humour in their works.
From Turkey are nine cartoonists whose cartoons published in the catalog; namely, Alper Susuzlu, Aşkın Ayrancıoğlu, Behiç Yalçın Ayrancıoğlu, Erdoğan Başol, Hüsnü Berkalp Üstün, Kamil Yavuz, Kemal Özyurt, Musa Gümüş, and Seyit Saatçi.
Thank you to the festival organizers and the staff of Plaza North who sent me this excellent collection of manga/cartoon art. 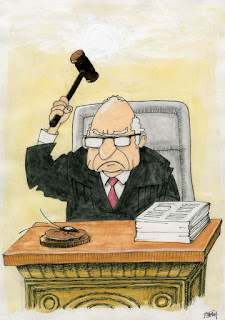