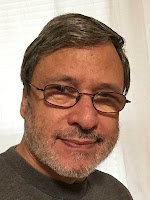 Joseph George Szabo of North Wales Joseph George Szabo, 65, of North Wales, PA, passed away Tuesday, February 2nd, 2016 at his home, just two days shy of his 66th birthday.
Joe was born February 4th, 1950 in Budapest, Hungary to Jozsef and Erzsebet (Solyom) Szabo. He graduated from the Academy of Journalism in 1974. On July 19, 1975 he married the former Flora Toth of Budapest, Hungary. In 1980, the couple took the brave leap in fleeing the communist country in search of freedom. Joe worked as a writer and editor for various companies, including WittyWorld, an international cartoon magazine he founded.
He was a passionate risk taker, boundless world traveler, and world-class debater. He never once lost an argument. Joe’s friends described him as having an infectious personality with a continuous thirst for knowledge. He had a life-long love affair with politics, swimming and collecting artifacts from the various countries he’d visited.
Joe has launched a variety of print and electronic publications, mostly dedicated, but not limited, to the fine and diverse representation of cartoon art. The former editor, art director, and cartoonist with reputable European and U.S. national newspapers and magazines, was the organizer and chairman of an international cartoon festival that drew professionals to Budapest, Hungary, from over thirty countries.
Among Szabo’s cherished works is “The Finest International Political Cartoons of our Time” series that showcases socio-political cartoons from nearly 60 countries by many world-renowned cartoonists, including fourteen recipients of the Pulitzer Prize. His most widely recognizable publication, *WittyWorld International Cartoon Magazine*, reached 103 countries for over a decade. Szabo is the recipient of twelve international awards, including an International Press Prize from Belgium and a Lifetime Achievement Award from Mexico.
(Memories of Joe Szabo shared by his long-time close friend Joe Bekesi, excellent cartoonist and caricaturist from Budapest, Hungary).
Source: bestcartoons. 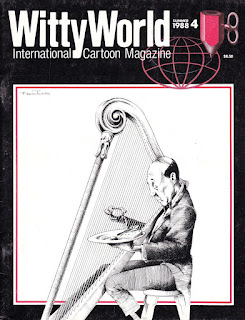