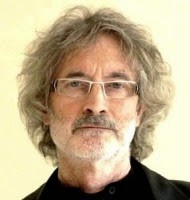 The plagiarists are now detected, and the black list is increasing daily !


Yes, some people actively look for similarities and publish them almost every day. I think it’s actually a good thing and these compilations are really a good work. Similarity is not plagiarism. In fact, I think that real plagiarism is very rare, because, for a professional cartoonist, it is very important to show that he is able to create something new and original.

But similarities are not surprising. There are coincidences, and when several artists are cogitating about the same theme in the same context, similar cartoons are more than a coincidence, they simply are a logical consequence. A cartoonist’s brain is full of pictures he has picked out anywhere in his environment. And then, when the artist is drawing out his idea, he could use unconsciously mixed components he had possibly seen in another artist’s work. A cartoonist must be careful about that problem.

The galleries of similar cartoons remind us how difficult it is to create an utterly original work ! Therefore they are very useful. But in some examples the similarity is not obvious; this is unwelcome. It is regrettable that some people are going overboard in the search for new similarities, and when they can’t find similar cartoons, they invent them !!! The searching of similarities must not turn into systematic suspicion of plagiarism ! And the juries should not be accused of being incompetent when an awarded cartoon is vaguely resembling a previous other one !
Even the most experienced cartoonist is not the only competent person…

That said, I think that this work of compilation is essential; it plays a vital and indispensable role; it is the key tool to increase knowledge about the inventory and the evolution of cartooning. I think it should be complemented by searching of similarities in the technique of drawing; because plagiarism of style is just as important and injurious as plagiarism of ideas.

About the contests, I think it is a good idea to publish the selected cartoons on the internet during a period of 7-15 days before the choice of the finalists by the jury in order that everyone can report cases of similarity. In my opinion, this is not the issue of plagiarism, but I think it is better to award very original cartoons, ideas that no one had found before !

(author of the article is renowned French cartoonist and the President General of FECO)
Source: cartoongallery.