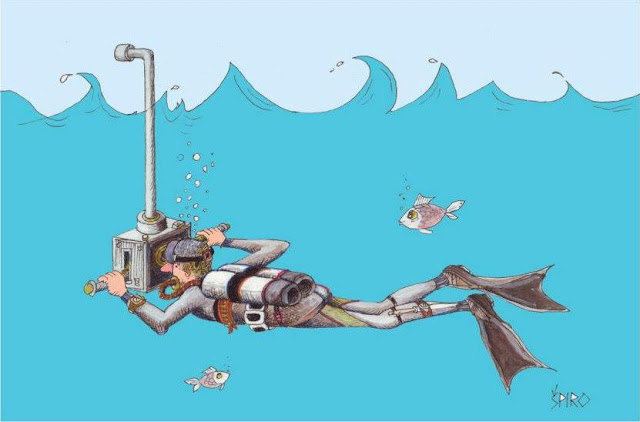 Spiro Radulovic from Serbia with the cartoon "Periscope" won the 52nd International Cartoon Contest Knokke-Heist. The decision giving to Radulovic this year's Golden Hat was made by a jury consisting of Fleur van Groningen, Katrien De Vreese, Jos Collignon, Eva Mouton, and Klaas Storme (Zaza).
Jury statement for Golden Hat:
Metaphor for the contemporary man seeking. Snorkeling with a periscope is the absurd image of modernity instead just to swim and enjoy, we dive under oxygen bottles and then we use complex machines to get back above water to watch. Man makes everything more difficult than it is. 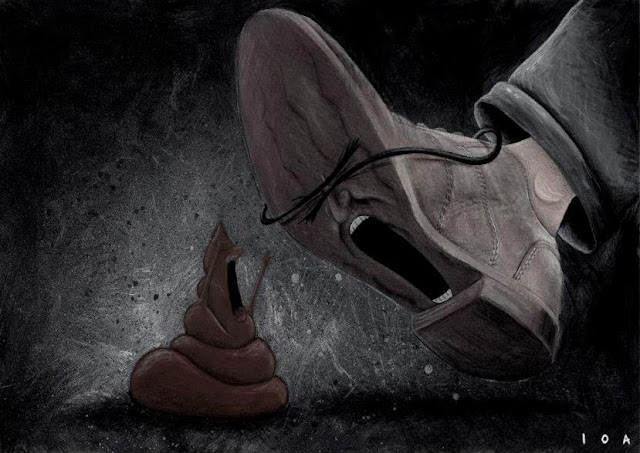 The Silver Hat goes to Nikola Hendrickx from Belgium with the cartoon Shit!
Jury Statement for Silver Hat:
The turd is afraid of being crushed, the shoe is afraid to be smeared. both pulling learn fear. a dynamic that you find in many situations: politics, love, work, ... This joke laughs with the human ego and therefore universal and timeless.
The prize of the Fund David is also for Nikola Hendrickx. 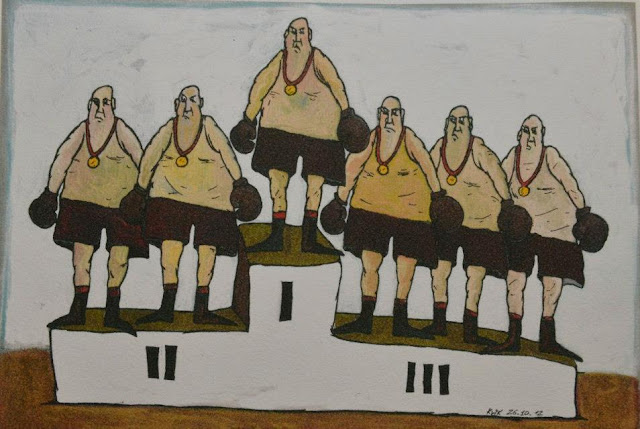 The Bronze Hat this year was for Victor Crudu from Moldova.
Jury Statement for Bronze Hat:
We have gone for diversity in our top three.
Contemporary 1, 2 by thinker, 3 an image from the first glance funny. Dry, avant-garde and artistic.
* It took this year 778 cartoonists from 67 countries participated in the contest. They sent along 1,978 cartoons in which 1253 digital and 725 cartoons on paper.
Source: http://www.cartoonfestival.be/cartoon/.